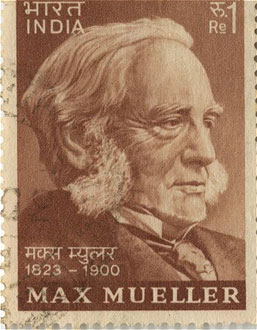 VARANASI: Was Max Muller at fault when he propagated the White Invasion theory? Did Aryan Invasion did not take place? Are we going to witness a change in world history? If reports of Prof Lalji Singh — an internationally acclaimed biotechnology expert — are to be believed, recent studies and research work on tracing genetic lineage of primitive human species have already suggested a different world history, enough to prove a major breakthrough in this field. Prof Singh of Centre for Cellular and Molecular Biology (CCMB), Hyderabad, who was in the city on Friday to inaugurate the three-day international conference on emerging trends in biotechnology organised by School of Biotechnology, Banaras Hindu University, told reporters that the recent studies would also change the theory of White Invasion (given by Max Muller of Germany).

There was no White Invasion, neither there was any Aryan Invasion as was believed in the past, he said referring to the recent studies on diversity of Indian population that had been published in 'Nature' magazine. The studies indicated southern route of migration of East African population (believed to originate 70,000 years ago) towards Indian sub-continent via Gujarat coast and Andaman and Nicobar Islands, he added. Saying that Indian population was made up of many populations that have varied genetic compositions, he also added recent studies on DNA linkage indicated an invisible thread (trait) that bounded the Indian population comprising populations of other countries in the sub-continent including Pakistan, Sri Lanka and Malaysia, believed to have originated almost 33,000 years ago.

"We are looking for DNA from Afghanistan, Pakistan and Jammu and Kashmir to trace the origin of ANI population and once that is established, we would be in a position to indicate the movement of ANI population towards European countries that would change the face of world history," he said. "We are also waiting for clearance of Ministry of Environment and Forest to start major project on revival of endangered animal species including Asiatic lion, tiger, leopard and black buck through cloning technique. We are also working for standardisation of cloning process that would prove to be a milestone in conserving endangered animal species," he added. Prof Lalji Singh is also heading Laboratory for Conservation of Endangered Species (LACONES) for their revival in the country.

From: Times of India