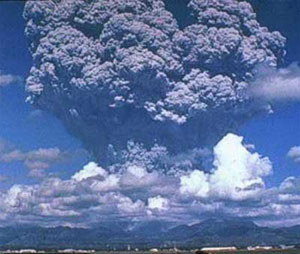 LONDON, Feb 23 (Bernama) -- Newly discovered archaeological sites in southern and northern India have revealed how people lived before and after the colossal Toba volcanic eruption 74,000 years ago, according to Press Trust of India (PTI) on Tuesday.

The international and multidisciplinary research team, led by Oxford University in collaboration with Indian institutions, has uncovered what it calls 'Pompeii-like excavations' beneath the Toba ash.

The seven-year project examines the environment that humans lived in, their stone tools, as well as the plants and animal bones of the time.

"This suggests that human populations were present in India prior to 74,000 years ago, or about 15,000 years earlier than expected based on some genetic clocks," said project director Michael Petraglia, Senior Research Fellow in the School of Archaeology at the University of Oxford.

The team has concluded that many forms of life survived he super-eruption, contrary to other research which has suggested significant animal extinctions and genetic bottlenecks.

According to the team, a potentially ground-breaking implication of the new work is that the species responsible for making the stone tools in India was Homo sapiens.

Stone tool analysis has revealed that the artefacts consist of cores and flakes, which are classified in India as Middle Palaeolithic and are similar to those made by modern humans in Africa.

"Though we are still searching for human fossils to definitively prove the case, we are encouraged by the technological similarities.

An area of widespread speculation about the Toba super-eruption is that it nearly drove humanity to extinction.

The fact that the Middle Palaeolithic tools of similar styles are found right before and after the Toba super-eruption, suggests that the people who survived the eruption were the same populations, using the same kinds of tools, says Petraglia.

The research agrees with evidence that other human ancestors, such as the Neanderthals in Europe and the small brained Hobbits in Southeastern Asia, continued to survive well after Toba.

Although some scholars have speculated that the Toba volcano led to severe and wholesale environmental destruction, the Oxford-led research in India suggests that a mosaic of ecological settings was present, and some areas experienced a relatively rapid recovery after the volcanic event.

The team has not discovered much bone in Toba ash sites, but in the Billasurgam cave complex in Kurnool, Andhra Pradesh, the researchers have found deposits which they believe range from at least 100,000 years ago to the present.

They contain a wealth of animal bones such as wild cattle, carnivores and monkeys.

They have also identified plant materials in the Toba ash sites and caves, yielding important information about the impact of the Toba super-eruption on the ecological settings.